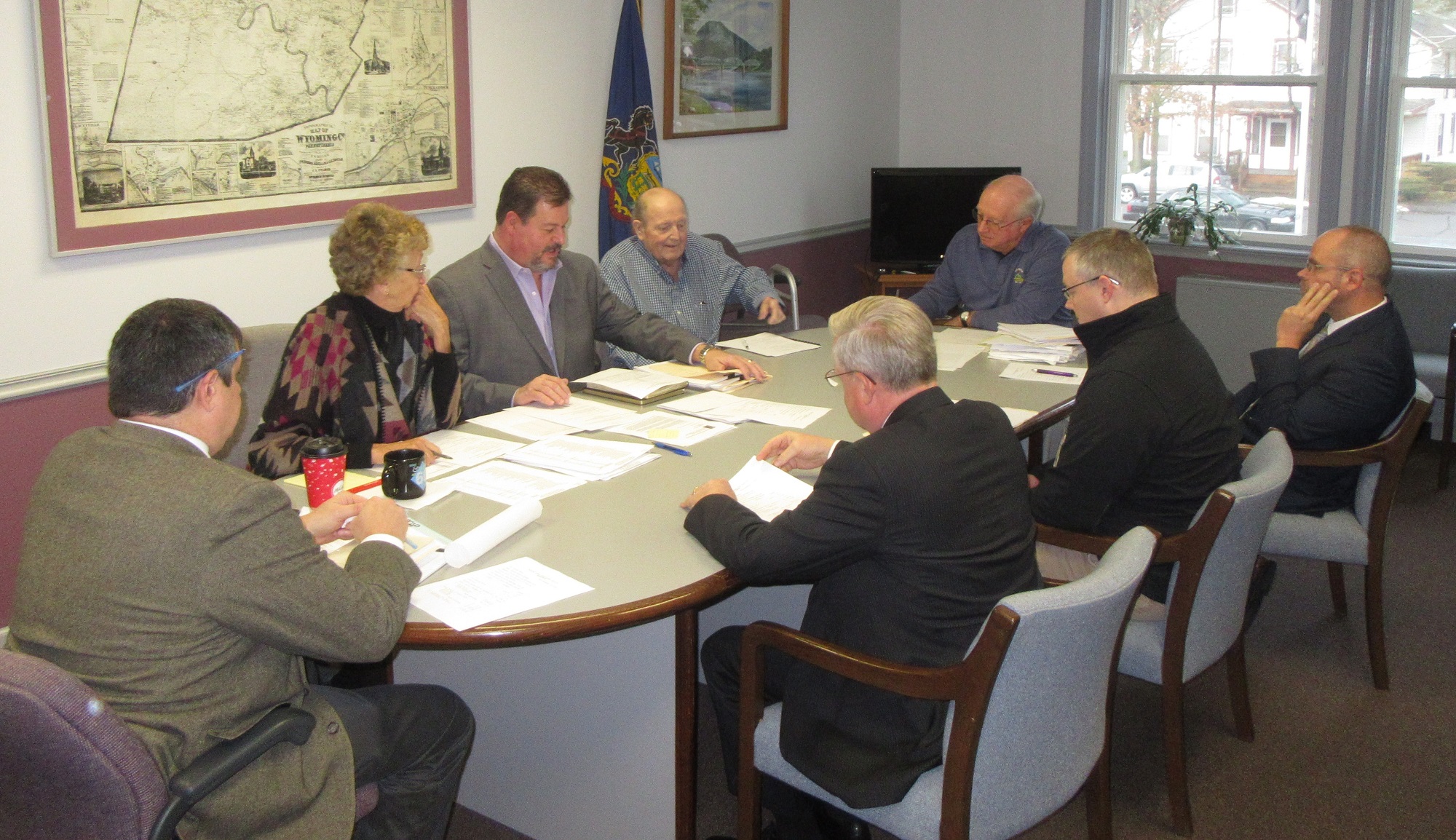 Warden Ken Repsher of the Wyoming County Correctional Facility expressed pride in his staff as they continue to plug holes in a schedule stretched thin by a shortage of employees. “They are doing a great job under the circumstances,” he stated during Tuesday’s monthly meeting of the Wyoming County Prison Board.

Six full-time positions with benefits remain open, and Repsher has not recently received any new applications, which are available at the prison on Stark Street in Tunkhannock and at the county’s website.

The commissioners approved the promotion of corrections officer Michael Skumanick from part- to full-time, noting that the move was anticipated and was Skumanick’s goal when he was hired last month.

Repsher is also hopeful that that the county can start reigning in its overpopulation situation as the year draws to a close. With 11 more releases than new commitments reported last month, the number of inmates boarded out to other facilities has dropped to 15. Nonetheless, outsourcing of prisoners cost the county another $38,550 in September. There is a lag in the monthly reports, but the yearly total is already at $137,341. There are currently 64 men and 12 women in the county’s prison system.

“The numbers are coming down,” Repsher noted, adding hopefully, “Depending on how badly we get hit (during the next sentencing cycle), maybe we’ll start bringing some people back.”

Commissioner Tom Henry related that he had learned more about the Stepping Up program, a national initiative that has helped divert people with mental illnesses to treatment facilities rather than jails. Henry spoke with commissioners from Philadelphia and Franklin counties at the recent County Commissioners Association of Pennsylvania conference in Hershey who offered to visit Wyoming County to work with the prison board to see how the program could be modified and implemented.

Henry was most impressed by the low rate of recidivism experience in the places where the Stepping Up program has been tried. He conceded, however, that there are many more employees in the justice systems in the two counties to which he is looking for suggestions. “We don’t have that luxury,” Henry remarked.

A new probation officer was hired by the county at the end of 2016 to manage a supervised bail program and other initiatives to reduce jail population that never really took off. “We have looked into this before, and I think that it’s time for us to take another look at it,” Henry proposed. “Hopefully, we can get things rerouted that way.”