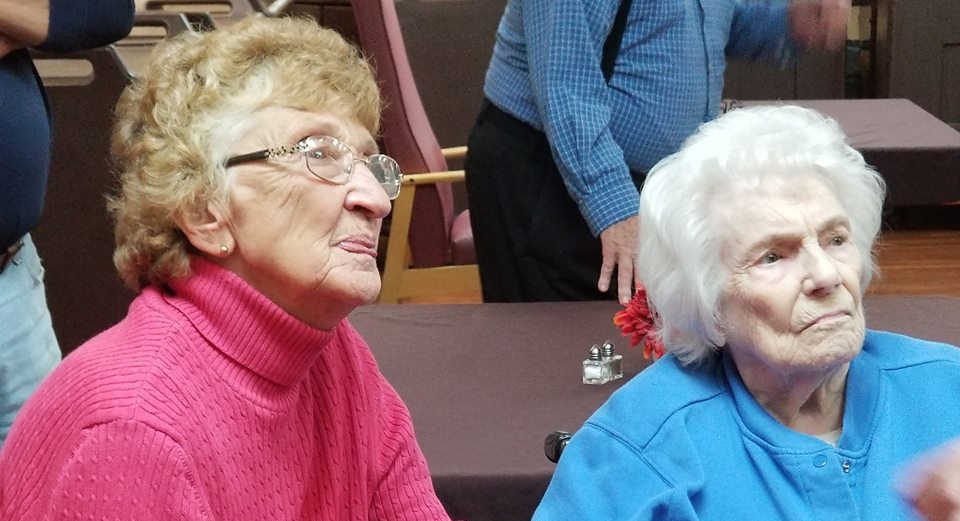 In 1970, Wyoming County commissioner Emerson Montross suffered a brain aneurysm and his wife, Charlotte, was appointed to serve out the final two years of his term. Emerson died in 1976.

Charlotte was the first woman to ever sit at the commissioners table in Wyoming County. Her political career was short, but she remained an active member of the Eatonville United Methodist Church until about five years ago and excelled at gardening, music, and playing with her grandchildren. Her descendants include three children, eight grandchildren and four great-grandchildren.

On Monday, Charlotte turned 100 years old, a milestone that was observed on Sept. 30 with family and many longtime friends at The Gardens in Tunkhannock. “Charlotte has really been an asset to Wyoming County,” said Henry, who attended the party on Sunday with Mead.

On Tuesday, the commissioners honored Charlotte, who was not in attendance, with a proclamation at their regular public meeting.

Mead is Wyoming County’s only elected female commissioner and has served for 19 years. She acknowledged Charlotte’s liveliness and her prominence in the community. “She was very feisty, and she liked to joke with you,” Mead recalled. Charlotte was followed on the board by a second female appointee, when Bette Brown was called to fill out her husband Cecil’s term upon his death in 1977.