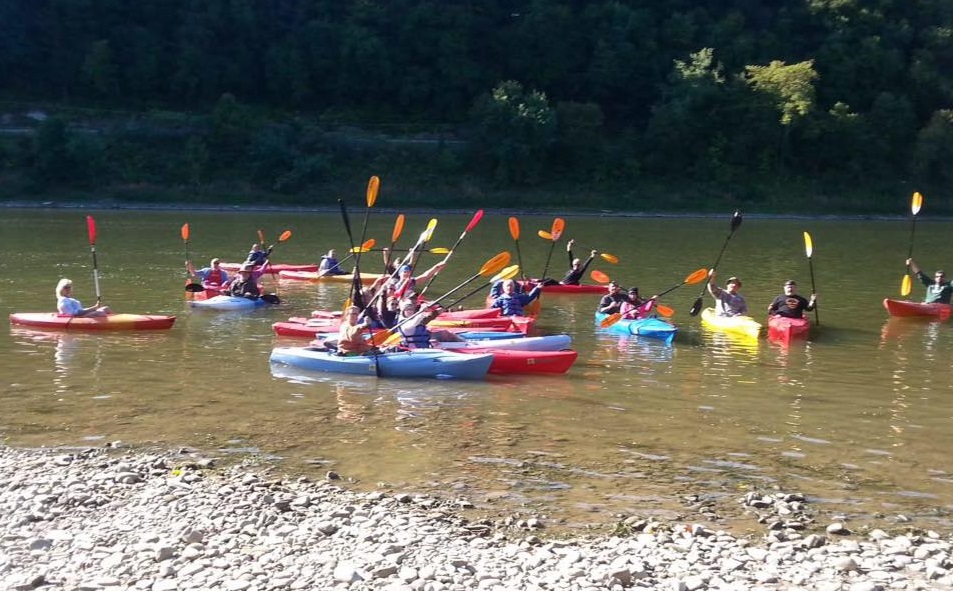 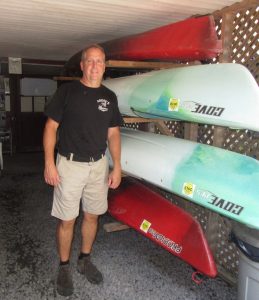 Art Coolbaugh manages Susquehanna Kayak & Canoe Rental from the basement of his bar and restaurant in the village of West Falls. He has a number of special river trips yet planned before the season comes to an end.

Swimming season is over for the year, but there is still plenty of time to get out on the water.

Susquehanna Kayak and Canoe Rental (SK&CR) has numerous themed excursions planned through the end of October. Combining wine or beer tasting or a great meal with a kayaking trip doubles the adventure, says SK&CR owner Art Coolbaugh. And autumn’s brilliant colors are twice as beautiful when reflecting off the water.

Coolbaugh started the business in 2007 after he and his then eight-year old son A.J. got caught up in a wave of water recreation that was sweeping the river valleys. “Kayaking was getting its start in the area, and we had great access to river launches,” he recalls. Coolbaugh is also the proprietor of Ardee’s Foodrinkery on Route 92 in West Falls, Exeter Township.

A portion of his basement, which faces the river, was just the space he needed to store water craft, keeping the overhead down. “We went from kayaking for leisure to kayaking for business,” Coolbaugh related. But it was actually a second career since his tavern was already successful. “It has been a great marriage because people come in to eat and drink.”

Coolbaugh has just three employees who have been with him each year between attending college. They will graduate next spring, he noted, so he’ll likely be looking for a few new helpers come May.

Just like the bar business, Coolbaugh has found that what he offered as a river outfitter needs to change with the times. When he started 11 years ago, he noted, “everybody rented. Now owning a kayak has become more popular, especially as they have become more affordable and readily available.” Portaging – moving people and their own watercraft up the river – has become as important as any other aspect of the business. Visiting wine- and beer-tasting venues, serving hors d’oeurves, or hosting a campfire have become popular add-ons.

“People who have had their kayaks for a while are looking for the extras,” Coolbaugh remarked.

On Thursdays from now through the end of October, SK&CR will conduct a Float & Feast, for which participants must have their own boats. Kayakers set in at the Tunkhannock or White’s Ferry public access points and paddle to Falls. 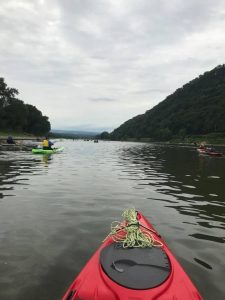 “They call me from the river when they get here, we drive down and pick them and their kayaks up, and they come into the restaurant for dinner,” Coolbaugh explained. “When they are finished, we drive them back to their starting point.” In addition to the cost of their meal and drinks, the portage cost is just ten dollars.

A Fall Foliage Kayak Wine Tour is planned for Sunday, Oct. 21, with participants putting in at Falls at 11:30 am. A spectacular 90 minute float to the Apple Tree boat launch will be followed by a couple hours of wine tasting at the Bartolai Winery tasting room near Pittston. “We’ve been doing that one since we opened,” said Coolbaugh. It’s a real popular one.”

Susquehanna Kayak and Canoe Rental, 2374 Sullivans Trail, Falls, will wrap up the season with a used kayak sale on Sunday, Oct. 28. Look for additional details of upcoming events on Facebook. 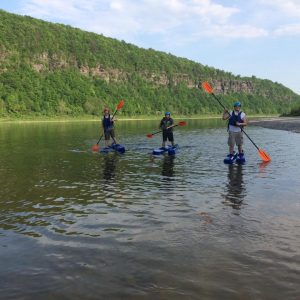