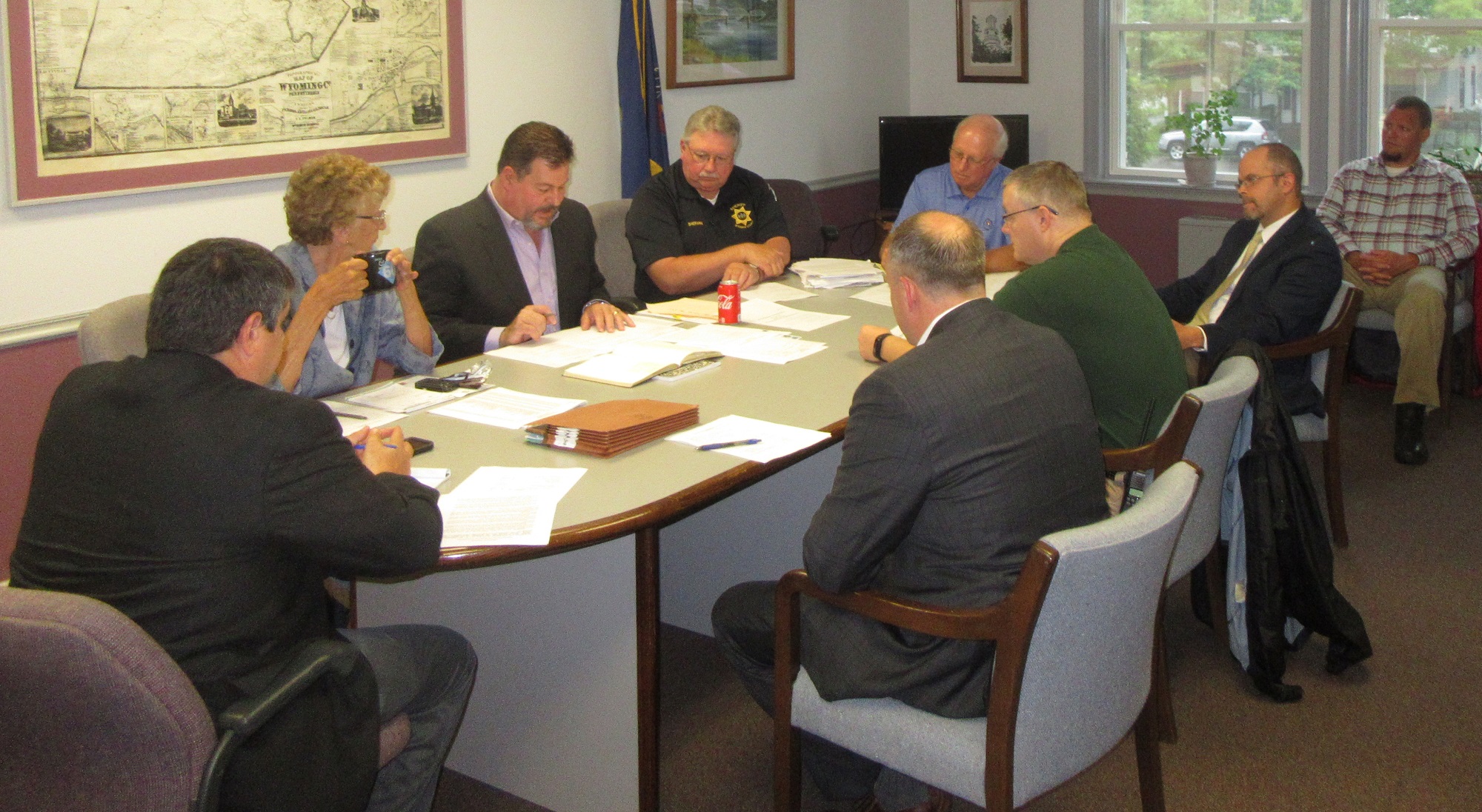 Though 13 more individuals were released over the last month than were taken into the Wyoming County Prison system, numbers of those incarcerated remain high. The bigger problem, reported Warden Ken Repsher, is the increase in people needing mental health services and the inability of local authorities to provide for them. The information was shared with the media and members of the Wyoming County Prison Board on July 24.

“The state has shut down most of the facilities that used to take them,” Repsher told Wyoming County commissioners Judy Mead and Tom Henry, adding that only two remain. Repsher asked if the commissioners could press state legislators to address the issue to help ease the burden at the county level. Because most new intakes are being housed outside the county for as long as nine months, he added, it is difficult to match them with the services that they need. “During that nine months, everything stops for that individual,” Repsher remarked.

“Mental health is a huge issue, and it needs to be addressed at every level of government,” county district attorney Jeff Mitchell concurred.

Repsher said that there has been talk at the state level of more initiatives to help meet the mental health crisis in prisons, but none of those programs are available to him, nor do they fit in his budget.

Mead said that the commissioners will be attending a CCAP conference in Gettysburg from Aug 5 to 8 and should have opportunities there to express their concerns and seek guidance. She asked Repsher if he would compile a report for the commissioners to take with them, an endeavor with which Mitchell offered to help.

There are currently 84 inmates in the Wyoming County system, with six outsourced to other facilities

In November 2017, the prison board discussed the urgent need for a new control panel at the facility in Tunkhannock, noting that too much was riding on the existing panel and the replacement parts had become obsolete. A month later, Henry announced that a new panel had been ordered and would arrive in 30 to 90 days.

On July 24, Henry and Repsher disclosed that, for some reason, the process for ordering the new control panel had not been completed. It has been ordered now, but the prison will have to wait another three months for it to be delivered and operational.

Henry read an email from a Lake Carey resident who asked if some inmates might be made available to help pull watermilfoil plants, which are threatening the health of the lake in the area of Marina Drive. Eurasian watermilfoil is an invasive species that spreads easily due to the fact that small pieces broken off by boat propellers become new plants. It then crowds out native plants, reducing aquatic diversity and diminishing fish habitat.

The writer noted that her husband has been pulling it up by the roots but is losing the battle. “The taller, the better,” she added in reference to those who might help, as the most dense mats of milfoil are at a depth of five feet.

While acknowledging that milfoil has been a problem at a number of lakes in the region, Henry doubted that Wyoming County inmates could be of assistance. “I don’t want to put our prisoners at risk in the water,” he stated.

Additionally, those who might qualify for work release, Repsher related, are at other prisons. Repsher suggested contacting Wyoming County Probation to see if someone might be willing to take on the task to complete their community service requirements.

Henry had also been contacted recently by Tunkhannock resident George Mercer, who lives next door to the prison, concerning a noise emanating from the back of the facility that makes sitting on their porch unpleasant.

“There was a significant amount of money spent to rectify that situation,” Repsher said of previous efforts.

Mercer has offered to assist with the fix, and Henry noted that his engineering background could prove valuable.