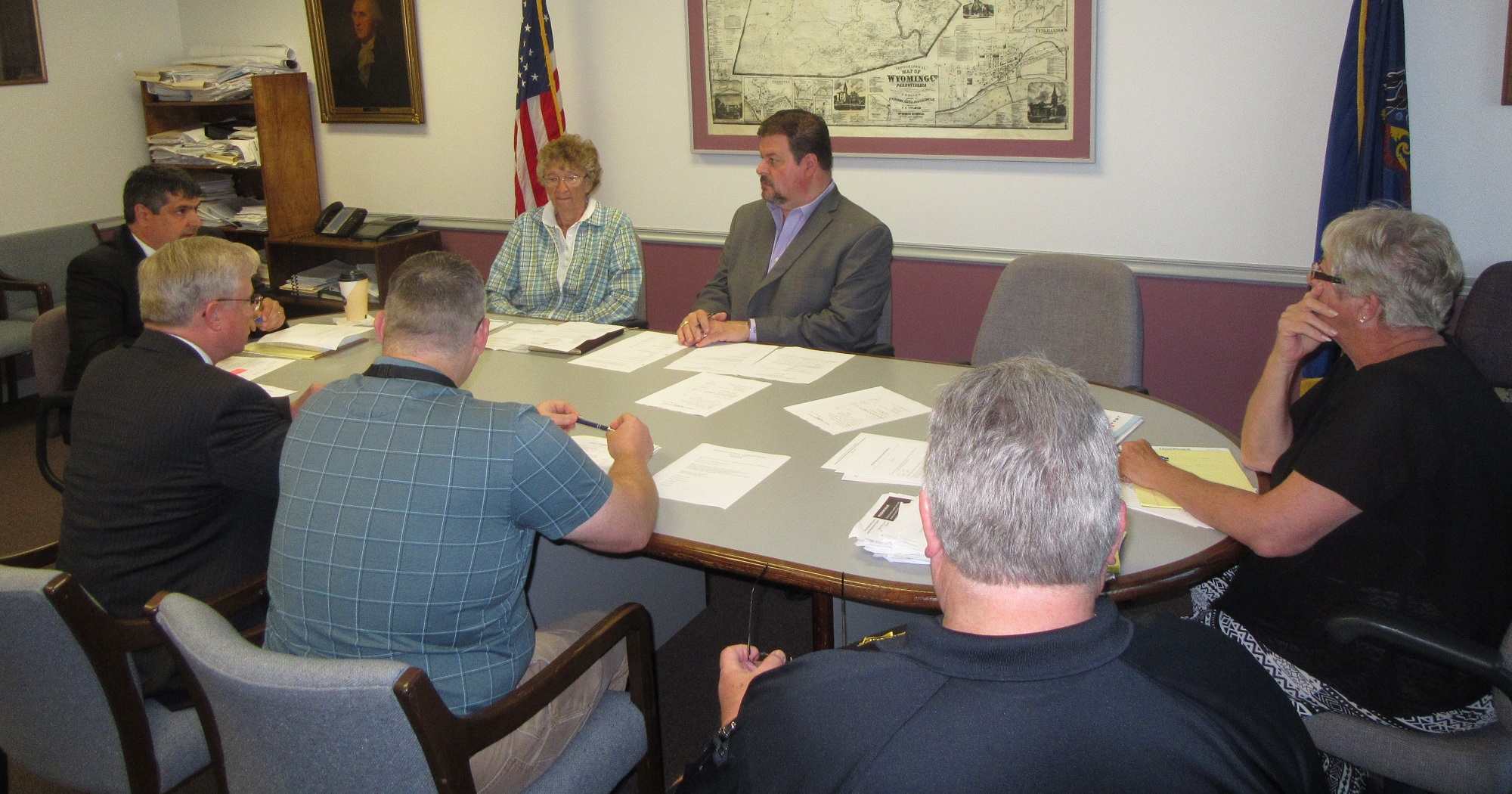 The key topic of discussion at the monthly meeting of the Wyoming County Prison Board on Tuesday was the difficulty in attracting corrections officers and deputies to a Class 7 county and keeping them here. The situation could get worse as a number of long-time prison employees are set to retire.

“We really need employees at the prison,” Commissioner Tom Henry remarked, noting that it has been an ongoing problem in recent years.

“We’ve had a couple of instances when we’ve had to have some people stay to cover shifts,” Warden Ken Repsher reported.

A number of people have applied and started as corrections officers, but most of them do not stay. “It’s not for everyone,” Henry conceded.

Repsher said that he has a woman currently working in the kitchen at the prison who is interested in moving to the corrections side. The hiring of two new part time corrections officers – Jacob Hand and Gene Bolman – was approved during the regular commissioners meeting, but the resignation of a full time prison employee – Samantha Ziemowski – was also accepted.

Sheriff Ned Sherman said that he is facing a similar shortage of part-time deputies to assist him with courtroom security and transporting prisoners. Generally, the Wyoming County Sheriff’s Department includes a chief deputy, three additional full-time deputies, and several part-time deputies who fill holes in the schedule. With the chief deputy currently on leave and the current part-timers available only on a limited basis, the department is strained.

Qualified candidates need lethal weapons training, which they must acquire on their own time and at their own expense. “There’s only a couple of places that you can even go for the classes, and they are not getting the minimum number of applicants to conduct the course,” Sherman explained.

Given the personal investment required, he continued, Sherman is not surprised when he hires a deputy on a part time basis, and he or she leaves for a full-time position with benefits in another municipality. Susquehanna County, Sherman noted, has only full-time deputies.

Henry announced that applications for corrections officers and sheriff’s deputies are available at the courthouse and online at www.wycopa.org.

When jail overpopulation in Wyoming County reached a critical point in 2016, the commissioners called an emergency meeting seeking solutions to the costly problem. One of them, approved in September of that year, was the creation of a new position. Ben Hitchcock was hired to oversee a supervised bail program, house arrest and electronic monitoring and veterans court. On Tuesday, commissioner Judy Mead asked Judge Russell Shurtleff and other members of the Prison Board how things were going.

Though house arrest and electronic monitoring have been somewhat effective in lowering the number of inmates outsourced to other facilities from 40 to an average of five to 10 at any given time, the supervised bail program has never really gotten off the ground. The strict criteria for participation in the program limits the number of those who might be eligible, and there is little to no room for error on the part of those who are assigned to supervised bail.

“Supervision is not our strong suit right now. It’s hard to keep people in it,” Repsher replied, adding, “There’s nobody in it at the moment because the people coming in have multiple issues.” These include prior arrests and crimes of a violent nature.

Mead then asked about work release. Repsher said that those who qualify for work release are sent to other facilities that are better equipped to provide them with transportation or work on site.

Shurtleff provided an optimistic review of Hitchcock’s overall performance. “I think it’s working well,” He cited the significant decrease in outsourced inmates as a success, and related that Hitchcock has also been very helpful in handling an overload of probation cases. When the prison was built in 1986, Shurtleff noted, the court system was dealing with about 250 cases per year. That number has more than doubled.

“It’s a challenge,” he maintained. “But everybody has risen to the challenge.”

Shurtleff suggested that Michaels be given the option. Shurtleff feels that the public defender brings a unique perspective to the board, and Mead agreed that the position provides an appreciable balance.

Henry related that Michaels will likely be very busy as he assumes his new role, but Henry will invite him to the next Prison Board meeting, which is scheduled for Tuesday, June 26.