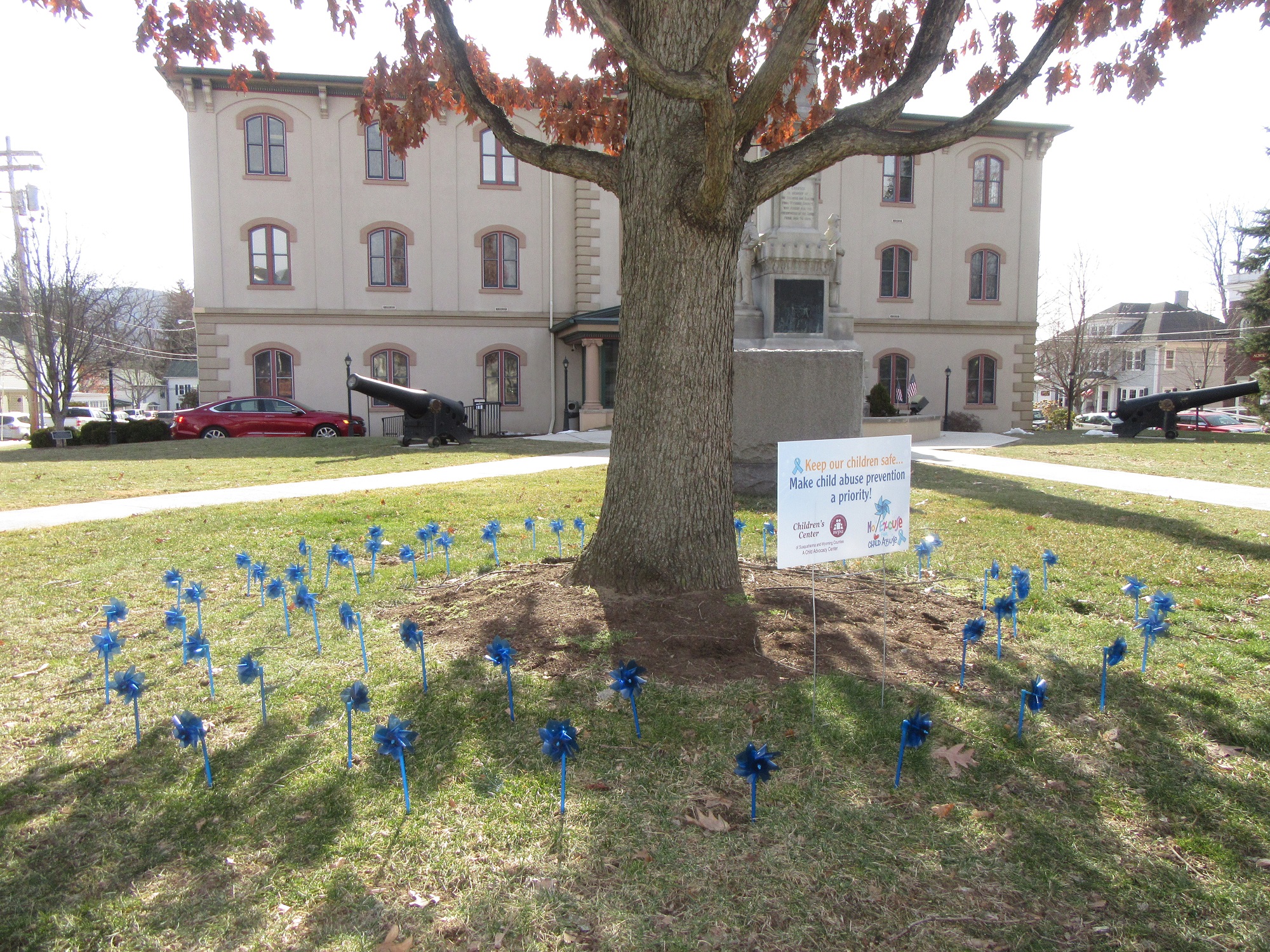 On Tuesday, the Wyoming County Commissioners approved a measure which they’d addressed previously in a work session to have GPS units and monitors installed in vehicles used by the sheriff’s department, probation, Children & Youth Services and for transportation of prisoners.

Installation of the devices and the total cost of about $3,500 per year will be covered with PCoRP and PComp grants, which are geared to risk control and loss prevention initiatives. The units also help track mileage and maintenance needs such as oil changes, Commissioner Judy Mead noted.

A new phone app for reporting imminently dangerous incidents such as armed intruders will also be employed countywide. The program was presented to the commissioners by 911 director Jeff Porter at the April 3 meeting.

Wyoming County recycling coordinator Mike Rogers stopped by the commissioners meeting to announce that the facility in Tunkhannock Township will receive unusable electronic equipment during a twice-annual recycling event planned for Saturday, May 19. A number of items that were taken in the past, such as alkaline batteries, fluorescent light bulbs, and electric hot water heaters can now be recycled at a fee. Prices remain steady for items previously accepted, and numerous electronics, such as computer- and stereo-related parts can be dropped off at no cost.

The service is available solely to residents and small business owners in Wyoming County and will be conducted from 9 am to noon. The loading docks are at the end of Tunkhannock Township Drive off Route 92. Nearly 17 tons of electronics was collected at a similar event in September 2017. 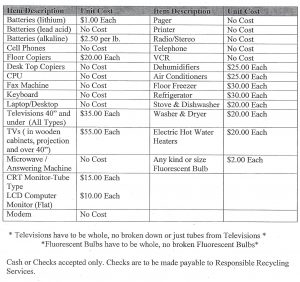 Funding to be Distributed

The commissioners completed the final step toward disbursement of a round of Marcellus Legacy grants for four projects totaling $20,000. County planner Lynnelle Welch brought the completed applications to the meeting, noting that $5,000 each would be going to Exeter Township, Lake Winola, Factoryville and Clinton Township, and the Wyoming County Cultural Center.

Chief clerk Bill Gaylord announced that the county has been conditionally awarded $150,000 in PHARE grants from the PA Housing Affordability Fund. The county routinely applies for the money, which is administered by the Wyoming County Housing & Redevelopment Authority. Pending the completion of necessary paperwork, $120,000 will be earmarked to home buyers assistance and $30,000 to rental assistance.

The commissioners shared their plans to attend a number of meetings in the coming days, including a lunch meeting with the Tunkhannock Ministerium and Wyoming County Clergy Fellowship on Tuesday, at which they hoped to find new ideas for housing low-level offenders to prevent them from being incarcerated.

At a H.O.P.E. Coalition meeting on April 20, Commissioner Ron Williams plans to discuss the high rate of suicide attempts in the county and its possible relevance to the opioid crises.

Members of groups planning to take part in Earth Day cleanups are encouraged to attend a meeting at the Warren Hotel on Thursday evening conducted by DA Jeff Mitchell and Detective David Ide about how to safely pick-up and dispose of potentially dangerous items like syringes.

Anyone interested in attending the annual Legislative Breakfast sponsored by the Wyoming County Chamber of Commerce should contact the Chamber to make reservations, Commissioner Tom Henry noted. The event will be held on Thursday, April 26.

Paychecks to be Automatically Deposited

The commissioner unanimously approved a measure that will ensure that all county employees are paid via automatic deposit within 90 the next days. Henry admitted that Wyoming County was a bit behind other municipalities in adopting the practice. The delay, he noted, was the resistance by a few employees to the initiative, but the savings in cost to the county and its general prevalence finally brought it to fruition.