By: Rick Hiduk
In: Vosburg Neck
With: 0 Comments 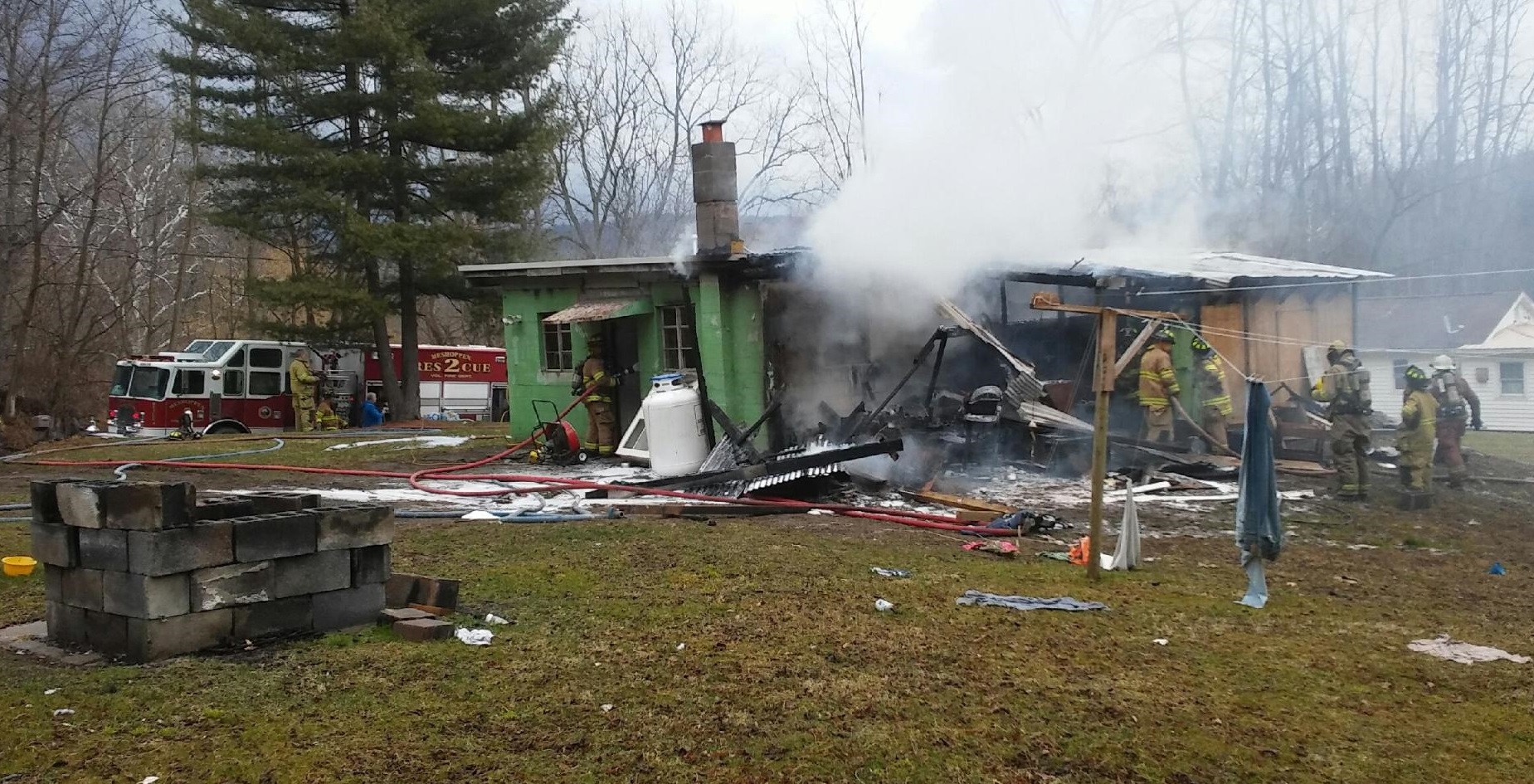 Any time that 10 or more fire companies are summoned to a structure fire, the outcome is unfortunate. But a blaze at 9 Mountain Road in Vosburg, Washington Township, Wyoming County proved especially so on Wednesday.

Units from as far way as Montrose responded to calls that the home was on fire, only to find a small shell of a brick structure with a wooden additional fully engulfed in flame. It did not take long to extinguish the blaze nor to confirm that property owner, Charles Moon III, was not at home. But it was initially reported that two dogs had parished in the blaze, which appeared to have emanated from the rear of the structure near the wood/heating stove.

Subsequent reports indicated that the death of the canines was not a result of the fire. Moon reportedly was dropped off at his home on Tuesday night via taxi. The same driver picked him up the next morning and later told police that he saw smoke at the back of the building as Moon got into his vehicle. Moon told Meshoppen police that he started a fire near the back of the house the previous evening but thought that it was out.

According the Meshoppen Police chief John Krieg, “It was obvious that the dogs weren’t burnt.” It was instead determined that the animals had been neglected and had starved to death prior to the fire.

That part of the case has since been turned ever to PA dog law enforcer Daryl Sands.